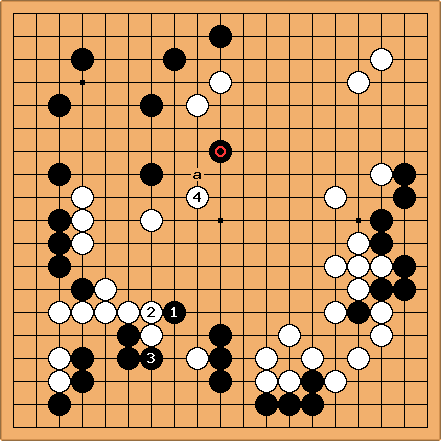 Calvin: (AGA 12k). This question is based on a later stage in the same game described in BQM227. The question is: what are the best moves for white to consider now? I played

, but when black plays a, the game starts to turn around for the worse. I manage to cut off

later on, but this hard to kill and I didn't profit enough from attacking. If you wonder how the situation got from that in BQM227 to here, I can add another question to discuss that. Just looking at the board, it seems white has made some inefficient exchanges. Let me know if you think the real problems for white occurred previous to this diagram. 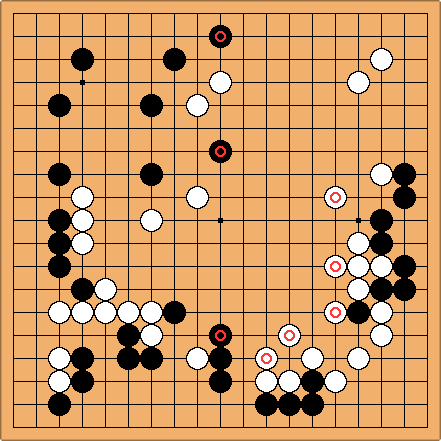 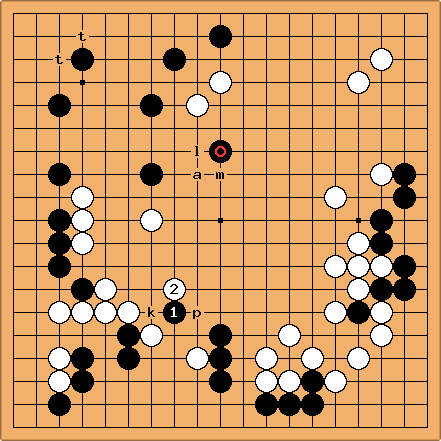 tderz: White has walls (influence) + 3 open corners, further nothing. White must use her influence, otherwise all former exchanges (Black territory vs. White influence) were not good (with hindsight, do not pay off.)
In such a position, you want and have to fight. This includes cutting, invading, isolating and stirring up trouble in general.

I know that a moron should connect, as a similar proverb goes.
Very locally spoken (hence not necessarily the urgent or best move + I have made no evaluation of the game at all; perhaps one should probe and stirr up trouble with t?) something else than connecting at k can be considered.

is a shape to be considered too. However, if black simply retracts to p, white looks small in the center.

might be cut off (later) with a white Wl-Ba-Wm crosscut. Hence... 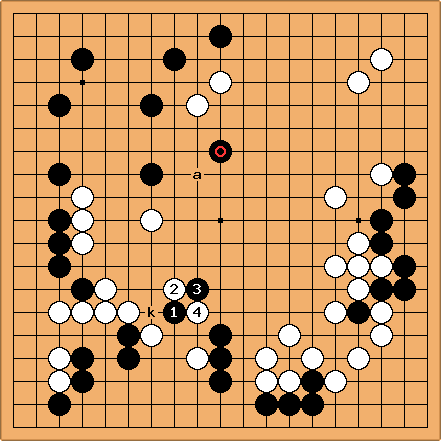 tderz: Yet, if Black cuts with 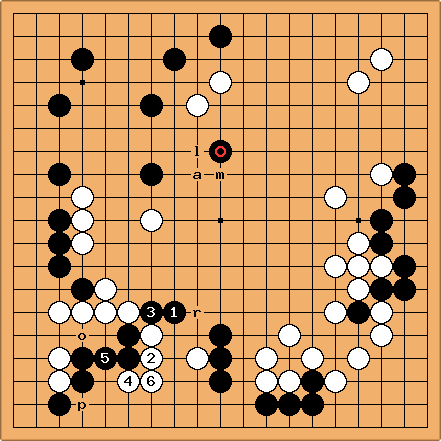 tderz: As said on top before, White does not simply want to docily connect, rather should stirr up trouble and use the influence.
This is interesting too ...
If 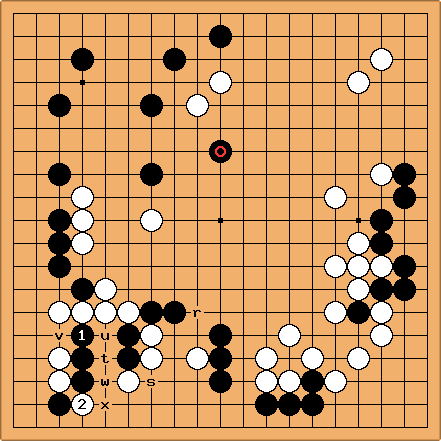 is coped with ataris t - x. 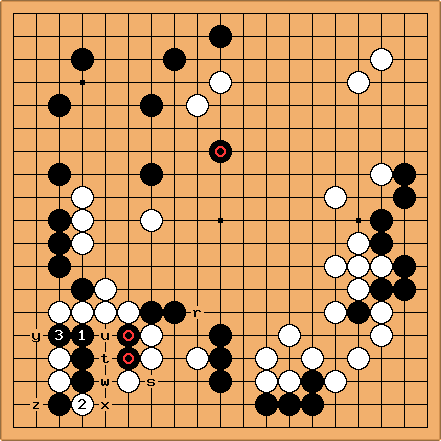 too answer.
Blocking at y enables white gaining liberties in sente with z, whereafter White could not capture anymore the important stones 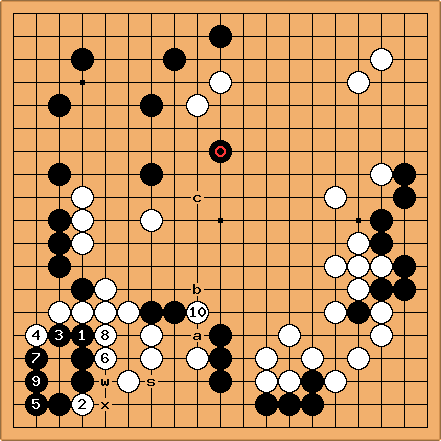 tderz: How to evaluate this exchange?
One would like to have played

earlier (but it seems that there was no time for this).
Now thatt White lives, Black will not invest heavily into the two black stones with the a and b but rather reinforce with c or so. Then the white wall became devaluated.

Perhaps some of these ideas are useful.