There is an opening that I like as black but after

, I am not sure how to respond. Most of the time I respond with a or b but is that good? If it is, how should I continue the sequence? 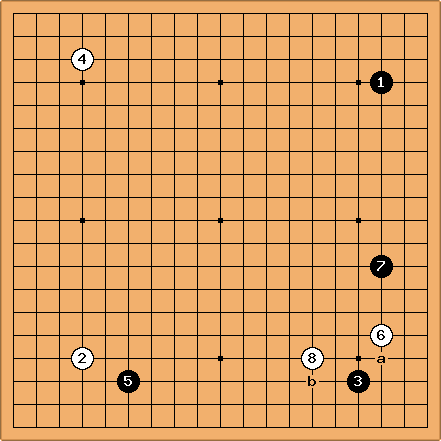 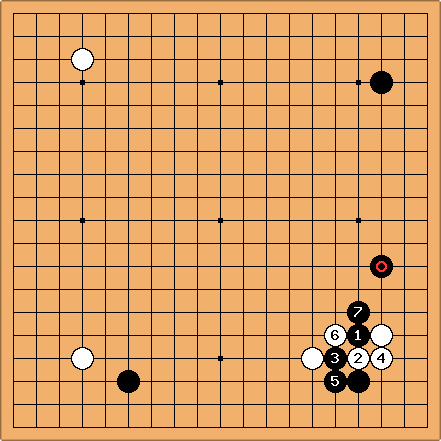 unkx80: With my limited knowledge on this joseki, I would ask why not play this way?

kokiri: this is playable, and

and the lower left black stone are the nearest stones to the bottom right so as UNKX80 says, you should be able to fight. rather than trying to achieve something spectacular, if you live in the corner and connect across the right, you should have a weak white group to attack, giving you a strategic advantage into the middle game.

in place, I seem to recall there's a variant that relies a ladder to the top left in the Joseki book, but i'd say that this sort of situation you can probably throw the book out of the window. 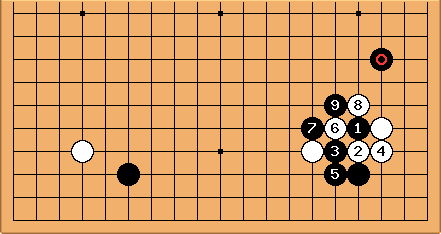 con't personally, I'm a fan of this variation of the taisha which has surprised some quite strong players, to my advantage, in the past. The effect of

being in place as well, i'm not qualified to say, but it looks ok to me. 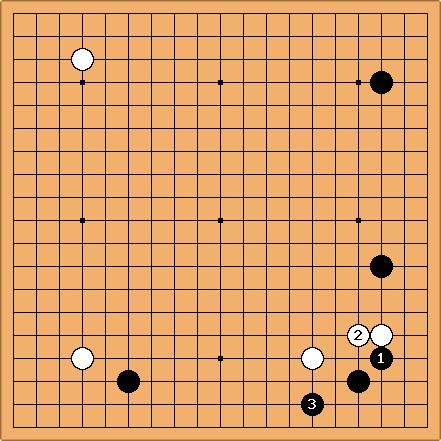 I would say that

is not good, because it helps White conenct the two stones naturally with

. Then Black has to play

puripuri: Problem with the first diagram is, that according to pro theory... If there's a pincer stone closer to the corner than the lower side star point or a three point pincer on the right side, then initiating the Taisha is a mistake from white. The local result gets influenced too much in black's favour like this, they say. I can't provide exhaustive variations here though, due to lack of actual knowledge. Just playing the normal line like in unkx80's diagram should flow naturally (providing the players decide to actually follow the ideas of the many Taisha lines...) 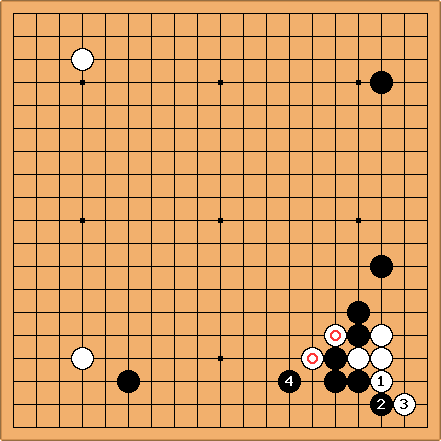 Bill: Black can respond to

with the ancient moves of 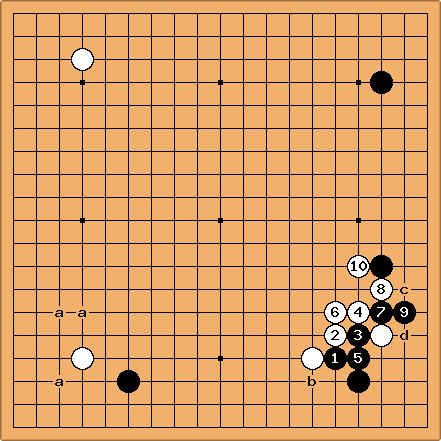 Imagist: This cutting technique seems favorable here, since black has sente to play one of the points marked a and has followups at b or c later. What do dan level players think of this?

at c is sente, black needs to defend at d, then white can play at

Bill: And Black sucks the big one.