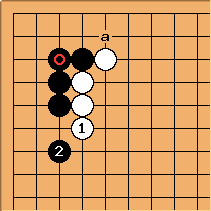 In the avalanche joseki, when Black connects solidly with

, it is tempting for White to play tenuki because that's a slow-looking play. White will exchange

first, though, to protect her shape a little. Black can play

at a leading to other variations. 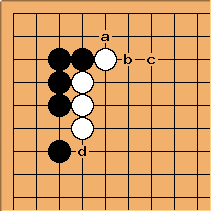 If Black plays first here, there are a number of recognised ideas (Black a to d). Black can also think of playing on a larger scale on the top side. 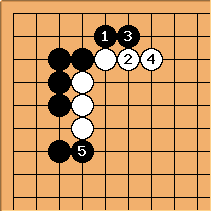 Black may well first crawl with

, to take some profit. With

Black makes it hard for White to get a fully-developed shape here. 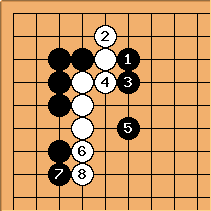 here forces the issue: the subsequent wall fight is along initially predictable lines up to 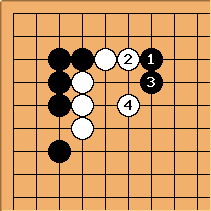 Playing one space further away is also seen: it invites White to make shape with

. Pros playing White aren't always content with this, though, and there are other ideas seen. 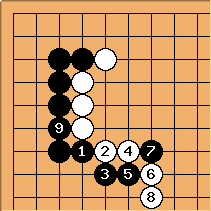 Playing directly at the other end with

here is an idea out of recent Korean games.

aims at a pushing battle, and so Black doesn't settle the top side immediately.

There are clearly numerous possibilities in this position.