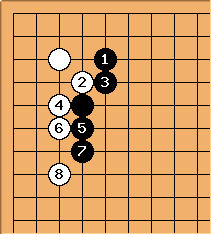 is part of the standard sequence today

bugcat: For a few years I've been under the impression that extending with (5) is an error, and that the double hane is pretty much always the best move. I looked up this sequence in Waltheri, and only one professional

as the extension. In comparison, nineteen had 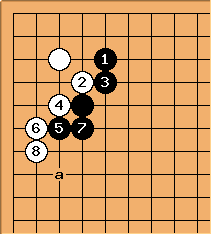 can also be played as a double hane. Black can locally continue at a but is more likely to play elsewhere. 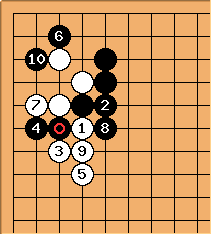 but suffers forcing moves at

. This is inefficient for White 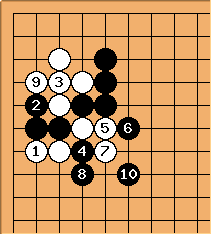 is even worse than

in the previous diagram. Even if the ladder doesn't work, Black can squeeze. 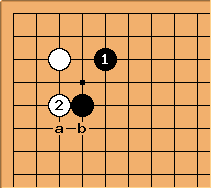 used to be this immediate contact play leaving Black to choose a or b. 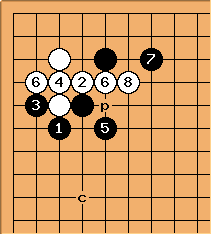 we revert to the standard sequence. This time however, Black can choose to atari at

and force White into bad shape. This option to play on both sides depends heavily on the circumstances at the sides.

bugcat: I only found one instance of anything like this in Waltheri, being used by Shusaku in a two stone handicap

was a solid connection and

was a solid extension. Did you source this sequence from professional play? 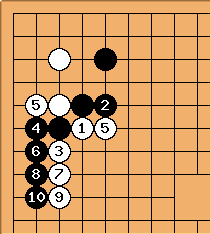 The crosscut leads to a long one way street where Black crawls to have enough liberties to capture the corner, while White gets outside influence by pressuring White. The variation may even depend on who has a stone in the bottom left. 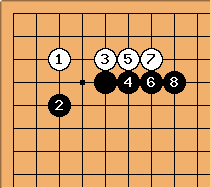 here leads to territory in sente for White and influence for Black.