This is a sub-page of 4-4 point low approach one-space low pincer, upper contact 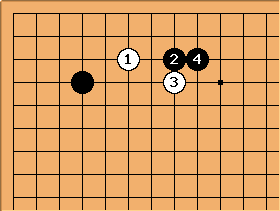 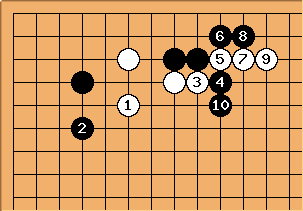 is a natural move. This game was played between Cho Chikun (Black) and Yoda Norimoto in the 1999 Meijin title match. 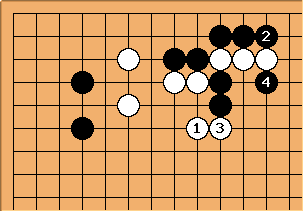 The opinion of the professionals was that this result was probably slightly better for White. 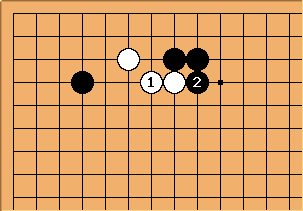 , we get a position equivalent to tsukehiki followed by a solid connection. See tsukehiki for some possible follow-ups. Of course there are other options for 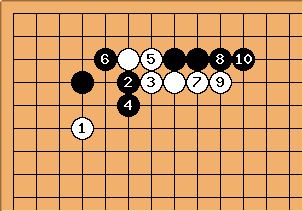 I will show this variation without comment. I do not know who played it, nor what comment was given, and I feel not capable of making it myself.

Charles Matthews Up to

here follows a game Iwata Tatsuaki-Cho Chikun played 1992-07-02, in a context where Black had considerable strength in the upper right. But the continuation was different after that. 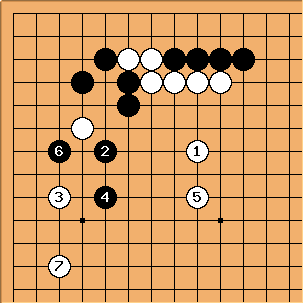