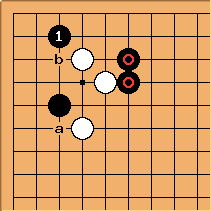 itself is an uncommon move, but the two choices that appeared were a and b. 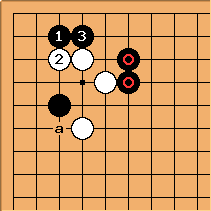 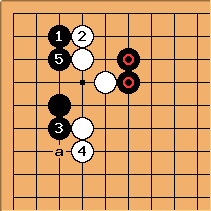 Cutting is much more natural, but then

serves as a probe and

is exchanged before making life in the corner. However, the

stones are separated and White can next seal in the corner with a, so this looks more like an emergency measure by Black than a real joseki.