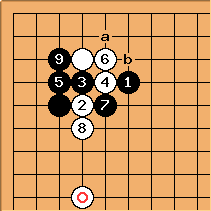 , White's options include the descent of a and the push of b.

Nie Weiping on Go recommends the following as one possible variation. 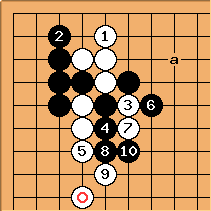 In contrast to a low pincer variation given above, White cuts with

rather than playing at a. 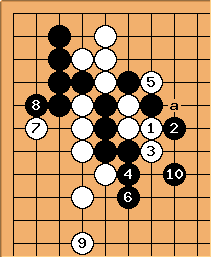 White continues and seals Black in the corner.

was omitted (Black just played at

White finishes with a. 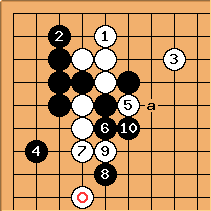 A different variation is given in Whole Board Thinking In Joseki when White has made a three-space high pincer.

Charles The jump out isn't common

By the way, going back to

here makes it harder (for me) to see where the variation branches.

In contrast to Nie Weiping's variation, White jumps out to 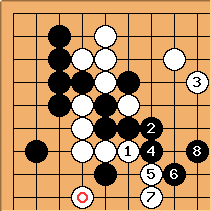 Charles What seems to be prevalent in current pro games is the Yang Yilun idea, but immediately. 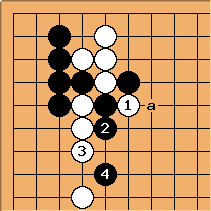 at a ( the Nie Weiping play above) is another, different type of inducing play. 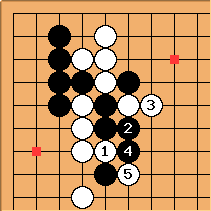 of the previous diagram, and reckons that, if we get to here, the exchange of the stones on the square-marked points isn't worth it.

Ishida's Joseki Dictionary does not have a taisha descent variation for the three-space high pincer. Instead, the normal "push" variation is given. 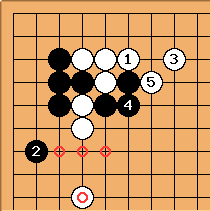 Charles There is no settled variation for

: White also plays for shape at one of the circled points.