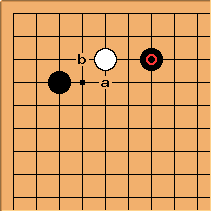 White may wish to check a ladder before ignoring the pincer

here, since otherwise Black's normal follow-up at a is severe. Black's other play, at b, is unusual with this close pincer.

Can someone show the moves to obtain the ladder ? (and so the check to do first) ? thanks.

Herman Hiddema: The text states that the ladder appears if black answers a at b inthe diagram below. I've included a diagram with what I assume is the ladder in question. 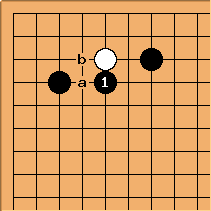 White at a is much better than at b; but requires a good ladder for White in case Black answers at b. 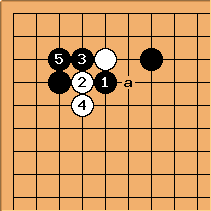 After this sequence, if the ladder at a does not work, white is split. 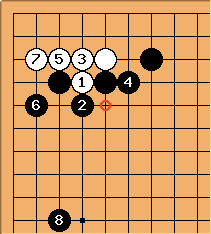 This is the established joseki. Some ladder aji remains for White at the circled point. Here

is standard shape (hanging connection to the second line as good shape). 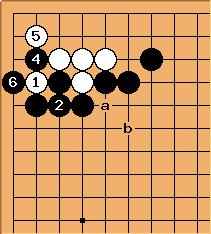 here to take sente dropped out of pro practice around 1950. Black becomes thick with the ponnuki

, which is sente because White must make the corner live now; and after that White's cut at a is captured in a loose ladder by Black b. 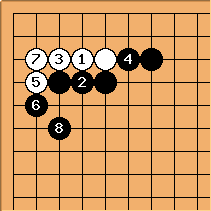 The trouble with White's reply at

here, which might be forced by a bad ladder, is that Black develops perfect thick shape. 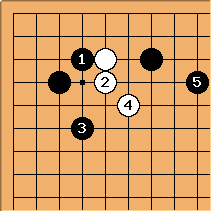 The other way to play, with

here, is rare enough that no definite continuation of the fight after

has emerged in pro games.