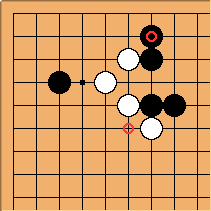 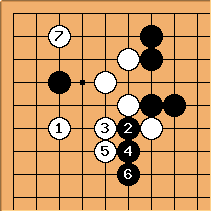 The variation proceeded as shown. The annotater, a 4 dan pro, was considering a board with a black stone on what would be q-16 and

played at the ikken-tobi of o-16, making a moyo. I believe he considered the variation as somewhat more favorable for black although clearly white gets the corner.