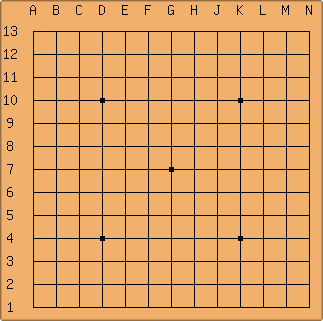 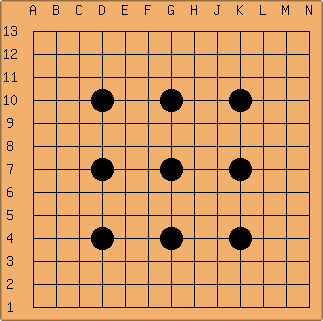 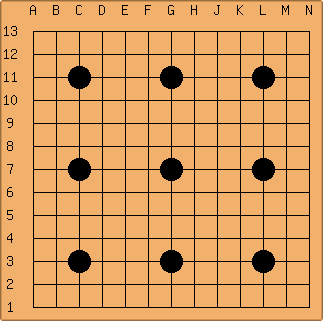 An alternative is to place the handicap stones on the third line it gives (willemien personal opinion) a more difficult game for white, because it is more difficult to live in the corners. 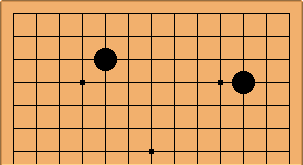